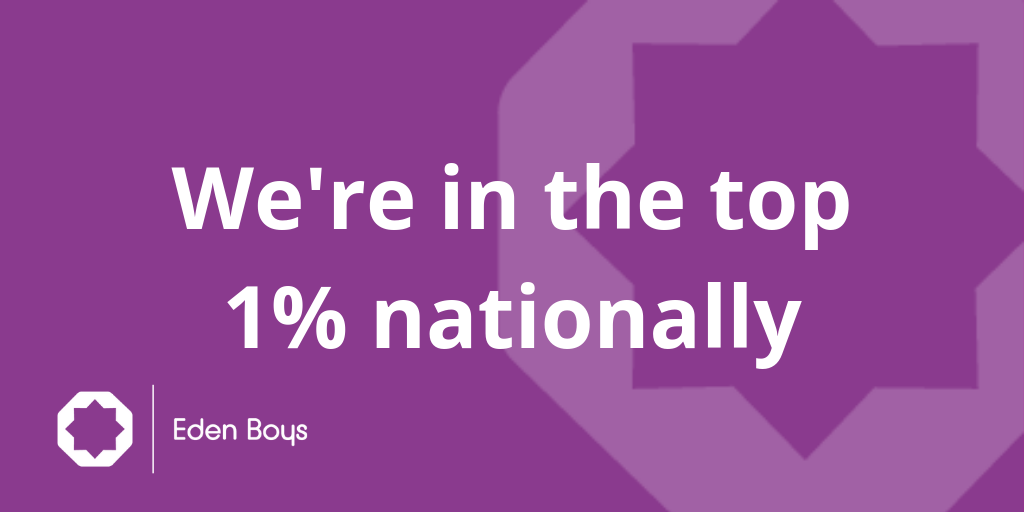 Pupils at Eden Boys’ Leadership Academy, Manchester have some of the best attendance records in England after being named as having some of the lowest pupil absence rates in the country.

Pupil absence data for the 2017/18 academic year was released by the Department for Education today (Thursday 21st March).

“I am incredibly proud that both Eden Girls’ Leadership Academy, Manchester and Eden Boys’ Leadership Academy, Manchester have two of the lowest absence rates in the country. The well-being of our pupils is paramount to us. Our team of staff is committed to creating a school environment where pupils want to be and where they enjoy learning. Well done to our pupils, parents and staff for achieving such outstanding levels of attendance.”

Eden Boys’ Leadership Academy is part of Star Academies, one of the country’s leading multi-academy trusts. In total, eight of Star Academies’ schools have been named in the top 50 schools in England with the lowest pupil absence rates:

“It is no coincidence that three of our secondary schools that are in the top 1% for absence are also in the top 5% for academic achievement based on Progress 8 scores. It has been proven that there is a strong correlation between good levels of attendance and high levels of attainment. Our teaching staff work hard to plan and deliver engaging sessions for our pupils to inspire them to want to be in school each day. We are also fortunate to have the support of our parents and carers who encourage and ensure their children turn up on time every day, ready to learn.”